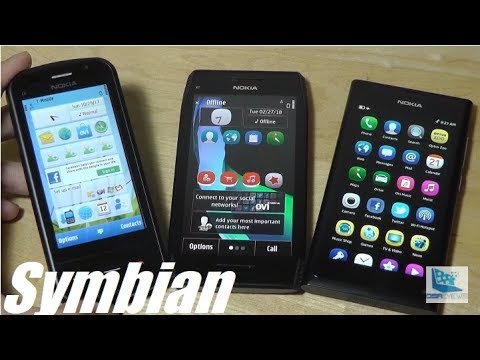 Details:
Symbian was a mobile operating system (OS) and computing platform designed for smartphones.Symbian was originally developed as a closed-source OS for PDAs in 1998 by Symbian Ltd.

As a pioneer that established the smartphone industry, it was the most popular smartphone OS on a worldwide average until the end of 2010 – at a time when smartphones were in limited use, when it was overtaken by Android, as Google and its partners achieved wide adoption.

Symbian OS was essentially a shell system and required an additional user interface (as middleware) to form a complete operating system. Symbian OS became prominent from the S60 (formerly Series 60) platform built by Nokia, first released in 2002 and powering most Nokia smartphones. Symbian OS eventually became the most widely used smart mobile operating system, though notably not as popular in North America.

Symbian^3 was released in 2010 as the successor to S60 5th Edition, by which time it became fully open source. Symbian^3 received the Anna and Belle updates in 2011. The Nokia 808 PureView in 2012 was officially the last Symbian smartphone from Nokia.