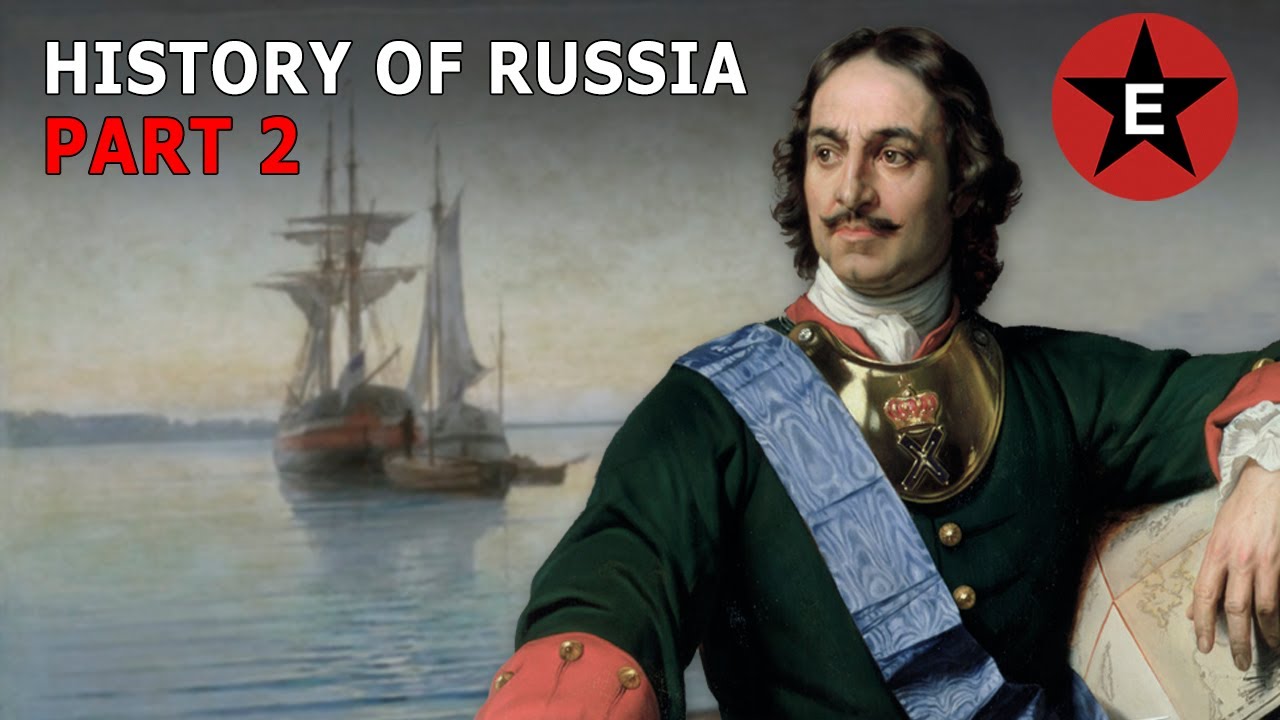 Epic History TV’s history of Russia continues! Emerging from the Time of Troubles, Russia fights back against foreign invaders, as Prince Pozharksy and Kuzma Minin liberate Moscow from Polish forces. Russia’s assembly, the Zemsky Sobor, turns to a 16 year old boy, Mikhail Romanov, for leadership. He and the early Romanovs oversee a turbulent period of war, reform and rebellion: all Russian peasants are made serfs by the terms of the Sobornoye Ulozheniye, while Patriarch Nikon’s religious reforms split the Russian Orthodox Church between Reformers and Old Believers. The Thirteen Years War (1654 – 67) against the Polish-Lithuanian Commonwealth brings Smolensk and Kiev under Russian control, as Cossack renegade (and folklore hero) Stenka Razin leads revolt in the south.

In 1689, Peter the Great seizes power from his half-sister, Princess Regent Sofia. Peter is determined to make Russia a great European power, and travels to the Dutch Republic and England to study the latest developments in science and shipbuilding. He wages successful wars against the Ottoman Empire, acquiring the Black Sea port of Azov, and defeats Sweden in the Great Northern War, winning one of Russia’s most famous victories at Poltava in 1709. He builds a new capital, St.Petersburg, as well as a Russian navy, and reforms education, industry and government. Not without internal opposition, Peter’s boundless energy transforms Russia.

The second half of Russia’s 18th century is dominated by female rulers. Under the reign of Empress Anna Ioannovna, Vitus Bering charts the coast of Alaska and discovers the Aleutian Islands. Empress Elizabeth leads Russia into the Seven Years War against Frederick the Great, with Russian victory at Kunersdorf in 1759, and oversees construction of St.Petersburg’s stunningly lavish and expensive Winter Palace. While Peter III falls victim to a conspiracy by his wife Catherine and army officers, leading to his own death, and the reign of Catherine the Great..

Recommended general histories of Russia (as an Amazon Associate I earn from qualifying purchases):
Martin Sixsmith, Russia: A 1000 Year Chronicle of the Wild East
Orlando Figes, Natasha’s Dance: A Cultural History of Russia
Robert Service, The Penguin History of Modern Russia: From Tsarism to the Twenty-first Century